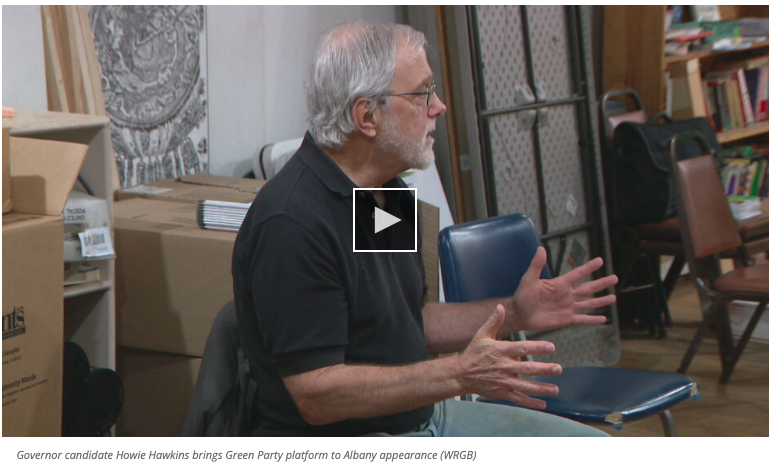 ALBANY, NY (WRGB) — Meanwhile there is a third party candidate in the New York governor's race who may sound familiar if you follow politics.

Howie Hawkins will be on the Green Party line.

The event was free and open to the public - with Hawkins using it as an opportunity to share his platform for our state with potential voters.

Hawkins previously ran for governor in both 2010 and 2014 against former Gov. Andrew Cuomo. He then ran for president in 2020, as a member of the Green Party! Hawkins tells CBS6 he feels his candidacy offers something the Republicans and Democrats do not!

Some pundits and voters alike have criticized third party candidates for diluting the vote of more mainstream candidates, but Hawkins says the claim is quote “ridiculous.” He says it’s important that people vote for who they want to vote for.