Hawkins runs for NY governor for a fourth time

Hawkins runs for NY governor for a fourth time 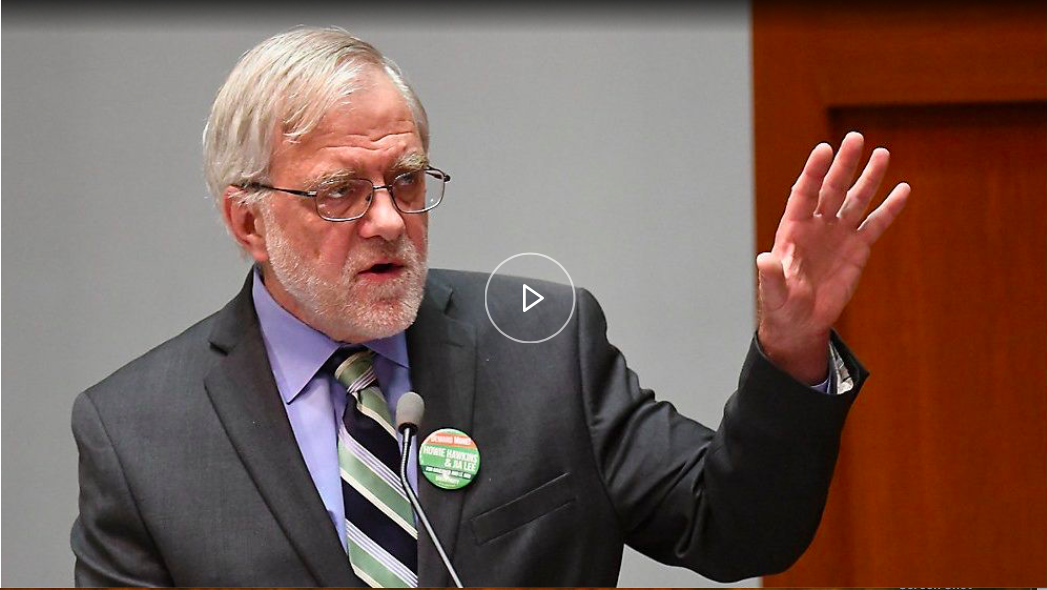 “We call it the Ballot Access Exclusion Law. It’s a party suppression law,” Hawkins said of the new threshold.

Hawkins and his 2010 running mate, Gloria Mattera, have teamed up again to try to restore the Green Party’s ballot line under the new ballot access law that requires three times more signatures and votes to secure a ballot line.

Last week, the Green Party started gathering the 45,000 signatures they need to submit by May 31 to get Hawkins and Mattera on 2022 ballots.

“I didn’t plan to run for governor again, but here I am,” Hawkins told Capital Tonight.

The Green ticket is renewing the party’s longstanding call for a Green New Deal to address the climate crisis and economic insecurity.

By hiking taxes on the wealthy and instituting new taxes like the Stock Transfer Tax, the Greens are proposing an economic bill of rights that includes universal single-payer health care, a guaranteed minimum income, a $20 minimum wage, affordable housing and tuition-free public education from child care and prekindergarten through college and technical schools.

When asked how his platform differs from that of New York City Public Advocate Jumaane Williams, Hawkins claimed that his “eco-socialist Green New Deal” means more action through the public sector.

“I don’t hear him talking about a guaranteed minimum income,” Hawkins said of Williams.